The world’s largest water lilies are blooming in a tropical greenhouse at London’s Kew Gardens.  In nature, the largest water lily type, Victoria Amazonica, is found in shallow freshwater lakes in the Amazon basin.  Its leaves measure up to 10 feet across!

The world’s smallest known water lilies (Nymphaea thermarum) now extinct in its native African habitat, are also thriving at Kew Gardens.  Scientists hope to one day return this tiny lily to the wild in Rwanda.  Incredibly, this water lily grows in a thermal hot spring.

The South American genus Victoria contain, overall, the largest water lilies.  The genus is comprised of two species of giant water lilies. The leaves of the water lilies of both species have upturned edges, making them look like large, shallow pans. They run from about 2 to 6 feet!  Their common name “water platter” clearly derives from this trait.

The flowers of Victoria have 50 or more petals and are about 7 to 18 inches wide. They open white;  a couple of days later they become more pink or reddish.  A large berry-like fruit then replaces the flowers.

There are a number of lovely, very small lilies, too.  One is the yellow water lily ‘Helvola.’  One of the tiniest of all is the white pygmy water lily ‘Alba’). The plants grow to 18 to 24 inches wide and have tiny white flowers.  One of the smallest red-flowered miniature lilies is the ‘Perry Baby Red’.

The other water plant most people are familiar with is the lotus.  Lotus flowers grow above the water level.  The leaves and flowers of water lilies float on the water surface.

Monet’s paintings of water lilies, are surely the most-widely renowned image of water lilies in the world. Money painted about 250 images from his garden in Giverny, France.

General, water lilies are associated with optimism and rebirth.  They come back, even if they dried up in the previous season. White water lilies in particular, are said to symbolize peace, purity, pleasure and spiritual enlightenment. 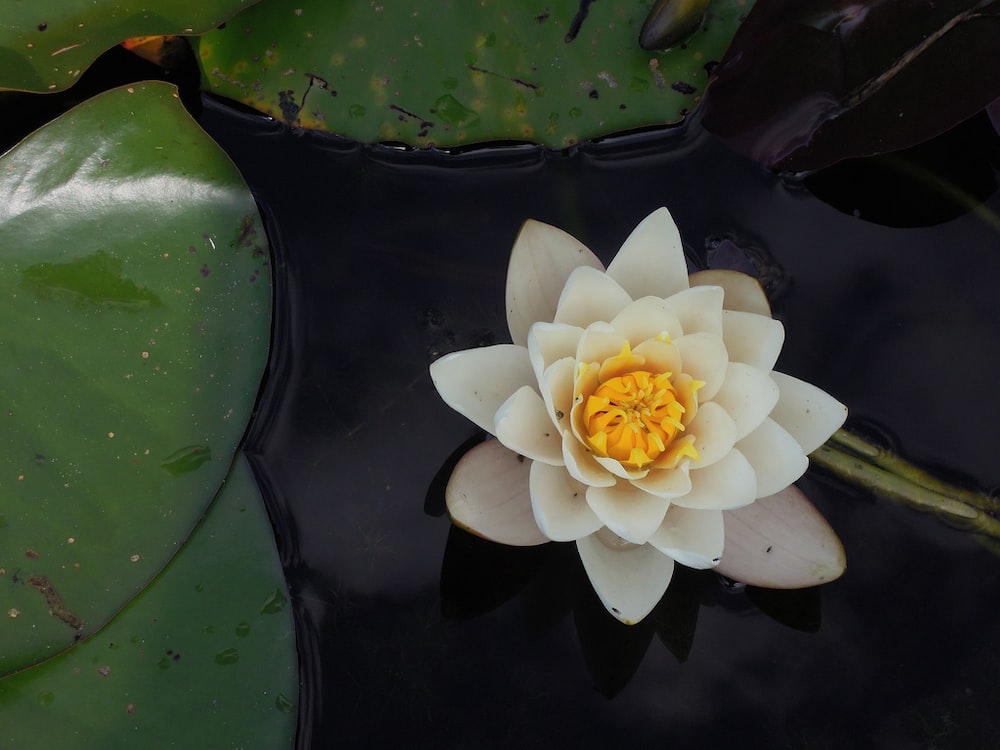